Currently, the autoimmune protocol (AIP) diet is not known to a large number of people. This is a recent concept and is still only gaining ground in people’s minds. Simply put, it is a diet for people who suffer from autoimmune diseases. However, this diet’s main task is to pinpoint the dishes or food that cause inflammation or any bad reaction to a person.

Thus, the AIP diet helps a person stay away from those foods that can threaten his healthy life.
This diet also allows you to eliminate many things that are not good for health in general, such as alcohol, cigarettes, etc.

However, you might bear in mind that the AIP diet is a relatively new concept, and this field research is negligible. Therefore, we don’t have much evidence to prove the AIP diet’s efficacy, and this diet is
still being tested.

Although we don’t know much about the diet, it has certainly helped people suffering from autoimmune disease. Therefore, in this article, we will discuss the autoimmune protocol (AIP) diet in detail, based on
the information that is currently available to humankind on the AIP diet.

What is the Autoimmune Protocol (AIP) Diet?

So, let’s start with the simplest question: what exactly is this autoimmune protocol (AIP) diet?
To understand this, first, we will have to take a look at the basic function of our immune system and autoimmune disorders.

Our immune system is like a protective wall that guards our body’s cells against getting destroyed. It is like an army that attacks and kills any foreign material or harmful cells that can threaten our body. It
produces antibodies that help us in fighting the infection.

However, when a person is suffering from an autoimmune disorder, the immune system acts as our enemy in the disguise of our friend! What I mean from this is that our immune system, instead of killing the
harmful cells and fighting infections attack perfectly healthy cells and make our body weaker.

These autoimmune disorders can be caused by multiple factors such as infection, inflammation, ‘leaky gut’, genetic propensity, stress, and excessive medication use. Moreover, it is believed that certain
types of foods can also increase the chances of leaky gut and inflammation.

Therefore, the AIP diet was made to specifically focus on removing these kinds of from a person’s diet and replacing them with their healthy counterparts (is available) or with some other healthy foods that can aid
in healing the gut and, in turn, reduce inflammation and chances of autoimmune disorders.

Although the research on the AIP diet is limited, still some of the benefits of the autoimmune protocol (AIP) diet are that it may aid in healing a leaky gut, may reduce inflammation and specific symptoms of
autoimmune disorders.

However, there are also some demerits of following the AIP diet. Since it is an elimination diet, it becomes hard for a person to follow it due to its highly restrictive nature. Also, it becomes awkward for a
person to follow this diet in social gatherings. Moreover, there is no surety that following this diet may reduce inflammation or symptoms of autoimmune disorders.

The AIP diet can also because a nutrition deficiency in the person following it, as during the elimination phase (different phases of the AIP diet are discussed below), a lot of food is restricted and remaining in this
phase for a longer period can make it hard for a person to sustain as all the nutrients cannot be provided by a limited number of foods.

Working of the AIP diet:

The AIP diet consists of two phases, namely the elimination phase and the reintroduction phase. Both of these phases have been explained below:

As the name suggests, this phase requires a person to eliminate from his diet those foods and medications that can or are believed to cause inflammation or imbalances in the immune system.

In addition to this, the consumption of fresh, nutritious food, fermented foods, minimally processed meats, and bone broth is encouraged.

This phase’s length depends as this phase is maintained until the person feels a significant reduction in the inflammation and other symptoms.

After the elimination, the phase is over, and the person is feeling well, the reintroduction phase starts. In this phase, the foods that were avoided are inculcated in the diet again one at a time. If, for example,
coffee and eggs were avoided in the elimination phase, then a very negligible quantity of coffee is given to the person at first. If no reaction is seen, the amount is gradually increased. All of this is done on day one, and then for 5-6 days, the food (in our case, coffee) is completely avoided.

If some untoward reactions are noted, the food should be avoided entirely. And if not, then it can be taught gradually in the diet again. This process is again repeated with eggs, the other food (and all the
foods that were avoided).

The significance of this phase is that it allows us to know exactly which food is causing the inflammation and other disorders, and therefore, it can be avoided, and all the other foods can be consumed again. 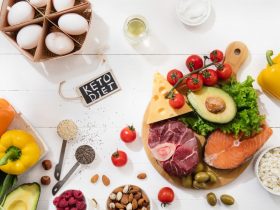 What Is The Ultimate Keto Diet To Know About 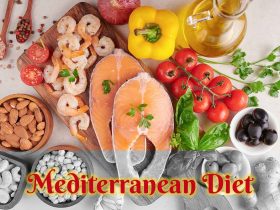 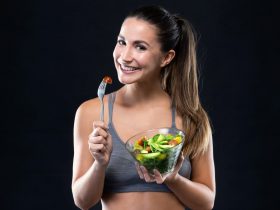 The Ultimate DASH Diet To Control Your Blood Pressure 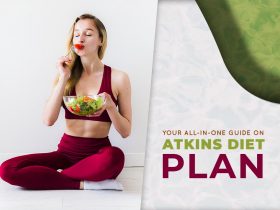 Your All-In-One Guide On Atkins Diet Plan Is Finally Here!