These tomatoes are picked up from the garden when completely ripped and sealed in a can after heating. You can either trim off the skin of the tomatoes or leave the skin intact. Diced, crushed, or whole tomatoes can be used in multiple recipes. Let us look at the recipe for preparing canned tomatoes and some ways you can utilize these tomatoes.

This Italian recipe takes no time to prepare with minimal ingredients. Moreover, you can get a pure form of tomatoes set in your cans to enjoy during the off-season. Here is the list of items you require for preparing canned tomatoes.

The steps to cook canned tomatoes are incredibly simple. You need not be a professional in cooking to cook these tomatoes. Follow the steps to make canning tomatoes in a simple procedure.

And here you go! Your Canning tomatoes are ready to be stored for ripened tomatoes’ fresh and flavorsome taste. You can enjoy them in any recipe during the off-season period. Besides this, these tomatoes stay fresh for a couple of months. Hence you need not purchase tomatoes every week for your lunches and dinners. Try them today for a flavorful meal.

The nutritional information of canned tomatoes is a rough estimate of the recipe. They are subject to vary depending on the ingredients’ quantity and variations. The nutritional value here is one pint.

Almost all of the aforementioned canned tomato products are also available in a no-salt version. It is the best way to cut down the excessive sodium levels in the body.

Here are some best hacks you should never miss out on while preparing canned tomatoes. These shall help you store the tomatoes in the best form for entire days.

Exciting Things To Do With Canning Tomatoes

Canned tomatoes are a ready-to-use form of tomatoes that can be used for different purposes. No matter which cuisine you plan to cook, if it involves tomatoes, you got your canned tomatoes locked up in a jar. Here are some finger-licking recipes you can make from canned tomatoes.

Take a pan and saute some chopped garlic and onion in it. Add the canned tomatoes in diced form, oregano, dried basil, and pepper flakes. Toss with boiled penne pasta and top it with some shredded Parmesan cheese.

Begin with sauteing canned tomatoes in the diced form in a skillet. Add jalapenos, green onions, cilantro, garlic, and red onions, and season it with flavorful spices. Serve the dip with oven-crisped tortilla chips.

As we can see, canning tomatoes are of great utility. They are not only cost-effective, but you can enjoy the taste of ripped tomatoes during the off-season. With two ingredients, you can store tomatoes for up to 18 months. Besides this, these tomatoes can be used for making various dips, sauces, and other recipes. Any cuisine recipe which involves tomatoes can have the products of canned tomatoes. 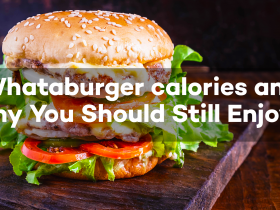 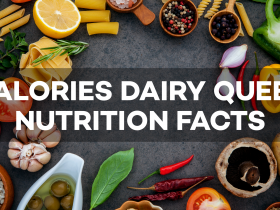