A cast-iron skillet is the most precious object in the kitchen. With little investment, you can purchase the best tool for cooking. It is one of the most authentic pieces of cookware you will own in your kitchen. Besides this, you can pass on this equipment to your generations in an intact form.

As people have many misconceptions, solid opinions, and myths against the skillet, we are here to show you some intimidating facts about owning an iron skillet. Here is a comprehensive guide on the facts you must know about an iron skillet in your kitchen.

An iron skillet is a piece of heavy metal equipment in the kitchen used for cooking. The skillet is made by pouring an alloy of molten iron into the sand mold. Then the mold is kept aside to cool down and break away from the sand.

In this way, the skillets are primarily durable and run for a lifetime in the kitchen. The iron skillets are incredibly versatile and can be used over high heat on the stovetop, gas, induction, or even electric stoves. Sounds impressive, right? Now let us look at why you must own one iron skillet in your kitchen.

Reasons To Own Cast Iron Skillet In The Kitchen

Purchasing an iron skillet is way beyond simple cooking and reheating. The list of its potential benefits is limitless. Here are some top reasons you must own an iron skillet.

A good quality iron skillet comes within $15 – 20, which is inexpensive. The cookware maintains and distributes the heat all over the skillet equally compared to other expensive cookware. It is a cost-effective way to enhance your kitchenware without much-added expenditure.

Owning an iron skillet can be good news for those who are lazy when cleaning the kitchenware. You need not wash these with soap. A simple scrub with a stiff brush and rinse off with water and tada! It’s clean. Suppose there are any stubborn food leftovers on the skillet. Add boiling water to the pan and let it sit for about 15 to 20 minutes. After that, scrub with a stiff brush and wash it off. Make sure you do not let your iron skillet dip-dry. Dip-drying can make the skillet catch rust quickly once you wash off the skillet. Pat it with a clean towel and dry it immediately. You can even place it on the gas stove for completely drying the skillet.

3. It Is Virtually Indestructible

An iron skillet is a piece of heavy-duty kitchen equipment that is most durable and lasts up to generations. It can stay intact for a more extended period if you take proper care of it and use it wisely. Moreover, you can even scrape off the excess food leftovers from the skillet using metalware.

In usual cases, using metalware for scraping off food is not suggested. Besides this, the skillet is incredibly resilient as it is chemically bonded. If there are any unseasoned parts of the skillet left while cooking, the metallic flavors of the skillet might leech into your food. Hence, it is better not to cook acidic food in an iron skillet.

When your food starts to stick, or the shiny black surface of the skillet turns to fade, it is a sign that your iron skillet requires re-seasoning. The process of re-season is straightforward. Preheat the oven between 350 degrees to 400 degrees F. Clean the pan with hot soapy water and brush it with a stiff brush.

Place foil paper on the bottom of the skillet and spread oil all over the body. Turn the skillet upside down and palace it on the top rack of the oven. Let it bake for about 1 hour and turn off the oven. Allow the skillet to cool down. You can even leave it inside to cool down overnight. The following day you shall find your iron skillet fresh and new.

How To Save A Rusty Cast Iron Skillet?

You must be wondering that maintaining an iron skillet can be pretty tricky. Well, no. Once you come into the habit of cleaning the skillet properly, maintaining it will never be an issue. Ruining the iron skillet forever is just next to impossible. The equipment can face extreme heat from house fires! If your iron skillet has caught up rust, then do not worry. You do not have to throw it away and purchase another one.

Use steel wool to remove the rust and reseason it (following the earlier steps). When you are storing something inside a cast iron skillet, make sure you place a piece of paper in between that can absorb the moisture to prevent the skillet’s rusting. When placing two skillets one below another, place a piece of paper to avoid scratches.

What To Make In Your Cast Iron Skillet?

A cast-iron skillet is an unmatched kitchenware in terms of durability, functionality, and versatility. It unlocks the most potential benefits of kitchenware beyond cooking and reheating. The equipment is best for making delicious appetizers, sides, main dishes, and lip-smacking desserts.

The fun fact about this utensil is that it is pocket-friendly and lasts up to generations if appropriately taken care of. However, the iron skillets are available in various sizes with different slopes. Hence, you must decide what you want to cook before purchasing an iron skillet. 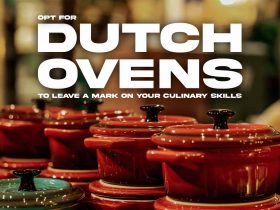