Cucumber. What the first thing that comes to your mind? Vegetable, right. But did you knew that Cucumber is not a vegetable but a fruit with loads of benefits? Cucumber consists of many nutrients and antioxidants which are essential and good for your health and must be included as a part of everyday diet. That’s right. I’m talking about Cucumber Salad, simple yet packed with loads of goodness and robust flavours. Cucumber also helps to combat dehydration as it contains adequate water levels & soluble fibres and is often included in hospitals meals as well for patients prone to dehydration. Cucumber is also low in Calories, a boon for skin and an aide in weight loss!

Below is Cucumber nutrient composition along with its loads of benefits:

– Cucumber consists of 96% water and helps to combat dehydration. Consuming cucumber along with its peel is highly recommended as most of the nutrients resides in its peel.

– Cucumbers consist of antioxidants such as Tannins and Flavonoids, which helps to avert the accumulation of harmful radicals as well as lowers the risks of many Chronic Disease such as Cancer, Autoimmune diseases and heart & lung failure.

– Since Cucumber consists 96% of Water, it’s a boon for skin and can be used to achieve a lustrous and glowing skin if consume either as Cucumber Salad or used as an ingredient in your masks.

– Cucumber is high in Water levels and low in Calorie content, which adds to its Weight-loss benefit.

– According to some research and studies, Cucumber helps to reduce Blood sugar, thereby reducing the danger of Diabetes post effects and complications.

– Cucumber also aids in curing constipation for it contains its adequate water level and soluble fibre, which results in bowel regularity.

Some Cucumber Recipes for your takeaway’s

Cucumber contains and boasts of many benefits and is easy to include in your daily diet. It hardly takes 1-3 minutes to peel a cucumber and not to mention, Cucumber consumed with its peel on is more beneficial than a cucumber without its peel on! After all, Cucumber peel contains a greater amount of nutrients than its core. However, this doesn’t mean you need to throw the core away and consume only its peel! Cucumber is also used as an ingredient for Pickles for Pregnant women cravings and much more. Although, if eaten as Cucumber Salad, it’s all the better, hence below are some scrumptious Cucumber Salad Recipe for you to try:

– Now add cucumber and Red Onion to the mixture and toast to mix & coat.

– Once done, refrigerate the Salad for about 2 hours or so and then dig in!

– Now add Cucumber, Tomatoes and Red Onion to the mixture and toast to mix & coat.

– Once done, refrigerate the Salad for about 20 mins or so and then dig in!

– Once done, refrigerate the Salad for about 6 hours or so and then dig in!

Take a Sauce Pan and Shove Rice Wine Vinegar, Sugar and Salt in instructed quantities. Let all the ingredients simmer until reduce to Syrup. Once done, let it cool.

– Take a bowl and toss Cucumber, Red Onions and Sambal Oelek in instructed quantities. Once done mix them all along with the Vinegar Syrup that we prepared earlier.

– Leave the veggies to soak up the syrup for about 6 minutes or so. After the veggies are soaked and done, garnish the salad with Chopped Roasted Peanuts, Basil, Mint and Cilantro. And did in.

– To make your Salad all the crunchier, you can also use English Cucumber unlike the regular Cucumbers for they are sweeter and consist fewer seeds, to begin with. However, if you want, you can also use Persian Cucumber as they are not only sweeter in comparison but also gives your Cucumber Salad the crunch that your teeth love!

– You can also substitute Sour Cream with Yogurt which gives your Salad a bit more healthy touch or better, you can always opt for a Ranch dressing for your Cucumber Salad. Ranch Dressing is an equal portion of Greek Yogurt and Mayo mixed all together.

– You can always use your Cucumber with its Peel on for more crunch and colour in your Cucumber Salad. Cut off Onion from the list, toss in

ore tomatoes, use more fresh Herbs and substitute Dill with either Cilantro or Parsley and maybe even with Mint or Basil.

So, that was all about Cucumber Salad and tips which you can always try as a beginner and then let your creativity take over it! Cucumber consists of many nutrients such as minerals and Vitamins not to mention their hydrating capacity. Cucumbers have tons of benefits like Weight Loss, Bowel regularity, Low blood sugar levels and its hydration capacity etc. They are healthy, fresh, Crunchy and super easy to include in your diet. Peel them or don’t, your choice. After all, most of the nutrients of Cucumbers are on its peel and hence you can eat it with its peel on as well.

you peel Cucumber for Salad?

Yes, it depends whether you want to peel your Cucumber or not for your Salad. However, it’s much recommended to use Cucumber with their peel on for most of the nutrient resides on the peel as well as it also gives a more crunchy taste to the Salad.

Which Cucumber is best for Salad?

Why Tomato and Cucumber cannot be eaten together?

Tomatoes contain Vitamin C even more so than in Orange and Cucumbers consists of an enzyme that counters the absorption of Vitamin C, which might upset your Digestion process. Hence, you would be losing on benefits like Vitamin C for the Enzyme in Cucumber will be cancelling it out.

Can Cucumber Vinegar help you lose your weight?

Yes, that’s right. Cucumber does help to lose Weight for it contains Zero Calories and is great & super easy to include in your diet. You can use it in Salad and tossed them even with their peel on.

How long do you keep Cucumber in Vinegar? 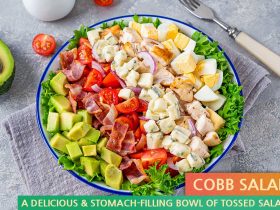 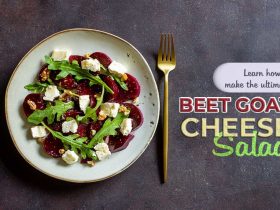 Learn How To Make The Ultimate Beet Goat Cheese Salad 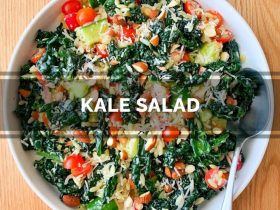 Kale Salad: All You Need To Kick-start Your Day & Make Most Of It 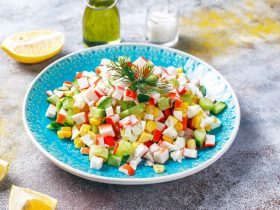 Russian Salad: A Perfect Dish With The Goodness Of Delicious Veggies