Monkfish looks terrible when pictured in its natural habitat: the ocean. But, out of its habitat, it actually has the most flavorful taste. It is also easy and quick to prepare. The best part is that it tastes delicious as a main course. So, here’s everything you need to know about the monkfish recipe to prepare a marvelous meal.

But, before going into any details about the recipe, let’s start with the Monkfish.

Monkfish is a predatory bottom feeder, and it belongs to the Lophius genus. They also live close to the seafloor. This allows them to prey on any fish they can fit through their enormous mouths. They can even eat other smaller Monkfishes. So, their predator nature has no bounds. The Lophius Americanus is the most common species of Monkfish. This species is found on American plates and are also known as the American Angler. The Lophius Americanus species resides in the North Atlantic Ocean. It is abundant from the Gulf of St. Lawrence to off the coast of North Carolina. So, you can find Lophius Piscatorius, a Monkfish species, on the European and Asian shores.

How Do You Buy Monkfish?

Monkfish is deboned and deveined to sell as tail fillets in most American markets. But, some oversea sellers, in some Asian markets, and some fishmongers sell the whole fish. This also includes the head, which has edible fat in the cheeks and the liver. These are a delicacy in Japan. If the fillet is of good quality, it will appear pale gray or off-white. So, look for this color when buying Monkfish for the delicious Monkfish recipe. So, the dish will be exponentially tasty if you can get the best kind of fillet.

How Does Monkfish Taste?

The Monkfish has a humongous head, rows of razor-sharp teeth, and a freakish face. If you can ignore all of it, then a surprise awaits you. It tastes wonderful. A fresh Monkfish recipe prepared with a fresh fillet can be as good as a lobster. Monkfish is sometimes called the “poor man’s lobster.” A fresh monkfish filet has a mildly sweet taste. Its texture is dense and firm, very close to the texture of a lobster. This is another reason that gives rise to the Monkfish’s nickname. The Monkfish is also close to scallops in texture and taste.

How to Serve Monkfish? Monkfish can be prepared using any cooking method. There is no specific Monkfish recipe when making the Monkfish. As the fish has firmness, it is an excellent option for stews and

soups as it is very firm. A remarkable fact about Monkfish is that you can grill, roast, or even bake the fish; it will still hold up to the cooking method. When following a monkfish recipe, you need to remember that it can get dry if you overcook it. Additionally, do not forget to remove gray veining, tan, or any membranes from the fillet. These parts are harmless, but they have a chewy texture that will not sit well with the prepared dish.

How to Prepare Monkfish?

There are many recipes to follow when cooking Monkfish, but the most common ones are here.

This is a simple recipe in which the Monkfish fillets are prepared with lemon juice and olive oil. You make this dish on high heat to highlight its sweet and subtle flavor.

The great thing about Monkfish is that it gives a sort of blank slate for you to try new flavors. This is because the flesh of the fillet absorbs an array of marinades very nicely. It is an ideal empty space where you can experiment with spices, herbs, oil, etc.

Monkfish is actually quite lean. It has 3.3 gm of protein in each serving. The fillet has a delicate briny flavor which you can experiment with side dishes. You can pair it with a vegetable side or with an array of grain dishes. Some typical side flavors are as follows:

So, the next time you organize a dinner party, follow this simple Monkfish recipe. Pair this perfect centerpiece dish with white wine for the perfect meal.

Ingredients for the Monkfish Recipe

There are not many things needed to prepare this version of the Monkfish recipe with parsley and lemon. Most ingredients will be available in your pantry, making the dish accessible. here is a list of the ingredients:

The total time you need to prepare this dish is less than an hour. So, buckle up and make this fantastic Monkfish recipe.

Making the delicious Monkfish is easy as long as you follow the Monkfish recipe. Here is a step-by-step guide to help you through it:

Take a small bowl and pour the lemon juice, olive oil, parsley, garlic, freshly ground pepper, and salt. Whisk them all together. Mix the Monkfish fillet with the marinade. Use a sealable plastic bag and refrigerate this mix for half an hour.

While you refrigerate your fillet, preheat your oven to 400 degrees. Take a cast-iron skillet to heat up butter on medium-high heat. Fry the monkfish fillet with the marinade that you’ve taken out of the refrigerator on the pan. Fry it for five minutes on each side. Turn the fillet once the color turns to a solid white from the translucent white. If your fillet is about to brown, lower the heat.

Place the fried fillets in the oven for 10 minutes. This step is essential to seal the flavors in the fillet. Remove the fillet from the oven and cover it with capers. You can serve this Monkfish recipe over legumes, grains, a vegetable medley, or homemade pasta.

To conclude, this Monkfish recipe is straightforward to prepare if you stick to the steps. It will take you less than an hour to make this delicious recipe. After its terrifying picture in the ocean, you’re in for a treat if you can move on to the delightful recipe. 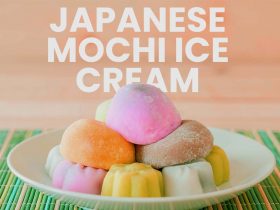 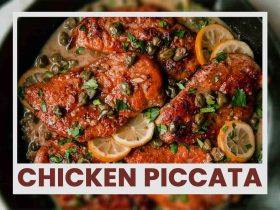 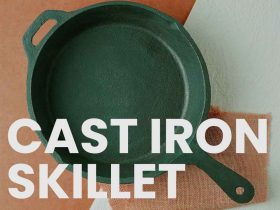 Cast Iron Skillet – Everything You Need To Know 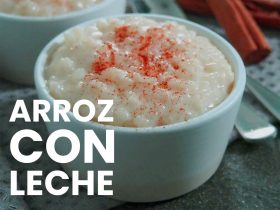 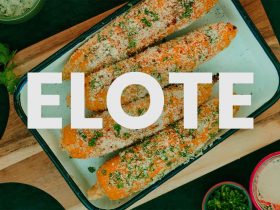 Classic Hot Toddy Recipe To Warm Up With 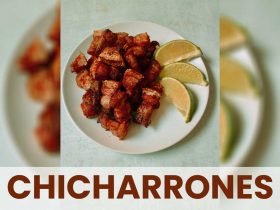 Chicharrones Recipe- The Best Recipe You Will Ever Need