Serotonin is a neurotransmitter produced by nerve cells. It communicates with your nerve cells. Serotonin is mostly present in the digestive system, although it is also found in blood platelets and the central nervous system.

Tryptophan, an important amino acid, is used to make serotonin. This amino acid is present in foods like nuts, cheese, and red meat and must be consumed via your diet. Low serotonin levels can be caused by a tryptophan shortage. Mood disorders, such as anxiety or sadness, might occur as a result of this.

Functions of Serotonin in the body

What is Serotonin Syndrome?

A dangerous medication response is serotonin syndrome. It is caused by drugs that induce the body to produce excessive amounts of serotonin.

When you raise the amount of some drugs or start using a new one, serotonin syndrome might develop. Combining serotonin-containing drugs, such as a migraine medication with an antidepressant, is the most common cause. Serotonin syndrome has been linked to the use of illegal substances and dietary supplements.

Serotonin levels in the normal range

Serotonin levels in the blood should be between 101 and 283 nanograms per millilitre (ng/mL). This benchmark, however, may vary significantly based on the measures and samples analysed, so discuss particular test findings with your doctor.

Serotonin levels that are too high might be an indication of carcinoid syndrome. This refers to a set of symptoms associated with malignancies of the:

To diagnose or rule out the condition, a doctor will do a blood test to assess serotonin levels in your blood.

Serotonin Deficiency: What Causes It?

Depression and other mood disorders associated with serotonin are multifactorial, meaning they can be caused by a variety of factors. Low serotonin levels aren’t enough to produce depression on their own. Low amounts, on the other hand, can cause mood, sleep, digestive, and other problems.

Low serotonin levels can be caused by a variety of factors, but the most common are a lack of serotonin or inefficient utilisation of the serotonin you do have. In the first situation, your body does not produce enough serotonin to sustain normal levels, so you have low levels.

How to Boost Serotonin Production

Chemical abnormalities in the brain have been linked to depression. While the role of serotonin in depression is more complicated than an imbalance, it is thought to be important.

Increased serotonin levels in the brain appear to increase communication between brain cells, which elevates mood and alleviates depression symptoms. This is why clinical depression and other mood disorders are treated with prescription antidepressant drugs.

Serotonin levels can also be raised in a natural way. Everything you consume, from what you eat to how much sunshine you get, has an impact on how much serotonin your body has and how well it can use it.

Is there a connection between serotonin and depression?

Many scientists think that an imbalance in serotonin levels might affect mood in a way that leads to depression. Low serotonin synthesis in brain cells, a lack of receptor sites to accept the serotonin produced, difficulty of serotonin to reach receptor sites, or a deficiency of tryptophan, the molecule that serotonin is formed from, are all possible concerns. Researchers think that any of these metabolic malfunctions can contribute to melancholy, as well as obsessive-compulsive disorder, anxiety, panic, and even excessive hostility.

Antidepressant drugs that focus on serotonin levels are thought to help with depressive symptoms, although the specific mechanism is unknown.

Almost every area of your body is affected by serotonin. It’s in charge of a lot of the critical functions that keep us going throughout the day. If your levels are out of whack, it can have a negative impact on your mental, physical, and emotional health. A serotonin imbalance might sometimes indicate something more severe. It’s critical to pay attention to your body and discuss any concerns with your doctor. 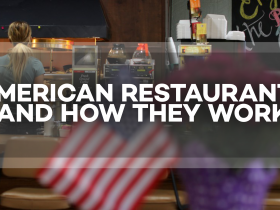